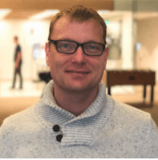 Show Academic Trajectory
Ego Network
D-Core
Research Interests
Author Statistics
Experience
Sign in to view more
Education
Sign in to view more
Bio
I am currently a Data Scientist at Facebook working in the Washington, D.C. office. I received my Bachelor's of Science degree in Psychology from the University of Pittsburgh in 1999, and my Ph.D. in Social Psychology and Cognitive Science in 2007 from Indiana University. I worked as a Visiting Scientist at Yahoo! Research from 2007-2011, and as an assistant professor at Stevens Institute of Technology from 2011-2013. I like to describe my research as Computational Social Science, and is focused on social networks, social media, crowdsourcing, and group dynamics. Methodologically, my research spans traditional psychological methods including laboratory experiments, new methods such as online data collection with crowdsourcing, and computer science methods such as machine learning and data mining.