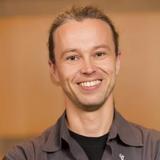 Show Academic Trajectory
Ego Network
D-Core
Research Interests
Author Statistics
ACM_Citations
Experience
Sign in to view more
Education
Sign in to view more
Bio
Thorsten Joachims is a Professor in the Department of Computer Science and in the Department of Information Science at Cornell University. He is currently Chair of the Department of Information Science. He joined Cornell in 2001 after finishing his Ph. D. as a student of Prof. Morik at the AI-unit of the University of Dortmund, from where he also received a Diplom in Computer Science in 1997. Between 2000 and 2001 he worked as a PostDoc at the GMD in the Knowledge Discovery Team of the Institute for Autonomous Intelligent Systems. From 1994 to 1996 he spent one and a half years at Carnegie Mellon University as a visiting scholar of Prof. Tom Mitchell. Working with his students and collaborators, his papers won 7 Best Paper Awards and 3 Test-of-Time Awards. Thorsten Joachims is an ACM Fellow, AAAI Fellow, and Humboldt Fellow.