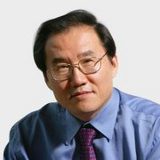 Show Academic Trajectory
Ego Network
D-Core
Research Interests
Author Statistics
ACM_Citations
Experience
Sign in to view more
Education
Sign in to view more
Bio
Baining works in computer graphics and computer vision. His interests span most aspects of computer graphics, with an emphasis on statistical modeling of texture and appearance, GPU-based rendering, and geometric modeling. He has also worked on image understanding and video analysis. He was on the editorial boards of IEEE Transactions on Visualization and Computer Graphics, Elsevier Journal of Computer and Graphics, and IEEE Computer Graphics and Applications. He has also served on program committees of most major graphics and visualization conferences, including ACM SIGGRAPH, ACM SIGGRAPH Asia, and IEEE Visualization. In 2014, he was the technical papers chair of ACM SIGGRAPH Asia. Dr. Guo has over 50 US patents.