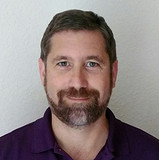 Show Academic Trajectory
Ego Network
D-Core
Research Interests
Author Statistics
Experience
Sign in to view more
Education
Sign in to view more
Bio
Geoffrey Zweig (M’98–SM’07–F’13) received the Ph.D. degree in computer science, with a major in artificial intelligence, from the University of California at Berkeley, Berkeley, CA, USA, in 1998. From 1998 to 2006, he was a Research Staff Member at IBM Research, where his work focused on new speech recognition technologies. From 2003 through 2006, he was the Manager of the Advanced Large Vocabulary Speech Recognition Research Group, IBM, where he was responsible for developing English, Arabic, and Mandarin speech recognition systems for the DARPA EARS and GALE programs. From 2006 through 2016, he was at Microsoft Research, most recently as a Partner Research Manager, in charge of the Speech and Dialog Research Group. At Microsoft, his research included work on speech recognition, language modeling, dialog systems, and image captioning, and found application in Microsoft's Cognitive Services. He is currently the Head of Machine Learning at a large financial company.,He has published more than 80 papers, served as an Associate Editor of the IEEE/ACM Transactions on Audio, Speech, and Language Processing, and of Computer Speech & Language, and served on the SLTC of the IEEE Signal Processing Society.