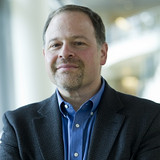 Show Academic Trajectory
Ego Network
D-Core
Research Interests
Author Statistics
Experience
Sign in to view more
Education
Sign in to view more
Bio
Adam Berinsky is the Mitsui Professor of Political Science at MIT and serves as the director of the MIT Political Experiments Research Lab (PERL). Berinsky received his PhD. from the University of Michigan in 2000. He is the author of “In Time of War: Understanding American Public Opinion from World War II to Iraq” (University of Chicago Press, 2009). He is also the author of “Silent Voices: Public Opinion and Political Participation in America“ (Princeton University Press, 2004) and has published articles in The American Journal of Political Science, The Journal of Politics, Political Analysis, Political Behavior, Political Psychology, Public Opinion Quarterly, The Quarterly Journal of Political Science, American Politics Research, The Journal of Health Politics, Policy and Law, PS: Political Science and Politics, and Communist and Post-Communist Studies. He is currently the co-editor of the Chicago Studies in American Politics book series at the University of Chicago Press. He is also the recipient of multiple grants from the National Science Foundation and was a fellow at the Center for Advanced Study in the Behavioral Sciences.