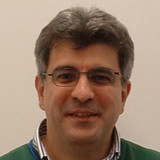 Geography and Environmental Systems Joint Center for Earth Systems Technology, University of Maryland
关注
立即认领
分享
基本信息
浏览量：112
个人简介
Dr. Tokay is an atmospheric scientist and meteorological engineering by training and conducted numerous field campaigns under the umbrella of NASA’s precipitation measurement mission. Dr. Tokay published 40+ peer-reviewed journals and served as a anonymous reviewer for 20+ different journals and NASA, NSF, and DOE proposals. Dr. Tokay was the co-chair of the 34th American Meteorological Society (AMS) radar meteorology conference and co-chair of 2016 European conference on radar meteorology and hydrology. He was the chair of AMS radar meteorology committee (2016-2020) and is associate editor of Journal of Atmospheric and Oceanic Technology.

Dr. Ali Tokay received his BS from Istanbul Technical University, Istanbul, Turkey in 1984, his MS from Saint Louis University, Saint Louis, Missouri in 1988, and his Ph.D. from University of Illinois at Urbana-Champaign, Urbana, Illinois in 1993. Dr. Tokay was a research associate through a National Research Council Fellowship between 1993 and 1995, and an assistant professor at the Saint Louis University for the following two years. In 1997, Dr. Tokay joined the University of Maryland Baltimore County (UMBC) as a research assistant scientist and became a research assistant professor during the following year. Since 2006, he has been a research associate professor at UMBC’s Joint Center for Earth Systems Technology, and has been affiliated with the Department of Geography and Environmental Systems for over a decade.

Dr. Tokay was a principal investigator during a series of field campaigns under NASA Tropical Rainfall Measuring Mission, and since 2003, he has been a member of the NASA precipitation science team. He has taught a number of undergraduate and graduate courses at both Saint Louis University and UMBC. Dr. Tokay was an advisor of a MS student who graduated in 1998, and has mentored 12 undergraduate and five graduate students.