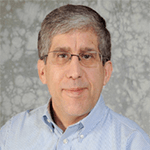 Dr. Hailpern joined the Thomas J. Watson Research Center as a research staff member in 1980, where he worked on and managed various projects relating to issues of concurrency and programming languages. From 1999–2004, he was the Associate Director of Computer Science for IBM Research. From 2004 to 2011, he managed departments at Watson Research covering programming languages, software engineering, and human-computer interaction where he was the Director of Programming Models and Tools, with a world-wide responsibility for IBM Research’s strategy and research agenda in Software Technology. From 2011 to 2013, he was the Director of the Computer Science Department, IBM Research | Almaden.

Dr. Hailpern is a past Secretary of the ACM, a past member of ACM Council, a past Chair of the ACM Special Interest Group on Programming Languages (SIGPLAN). He was the chair of the SIGPLAN conference on Programming Language Design and Implementation (PLDI ‘91), chair of SIGPLAN’s conference on Object Oriented Programming, Systems, Languages, and Applications (OOPSLA ‘99), co-chair of SIGPLAN’s 2007 History of Programming Languages Conference (HOPL III), and co-chair of the 2014 CRA Snowbird Conference. Dr. Hailpern is currently a member of the CRA Board of Directors (2011-2020) and the NSF Directorate for Computer and Information Science and Engineering (CISE) Advisory Committee (2012-2019).