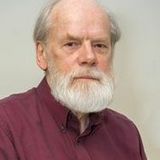 Experience
Sign in to view more
Education
Sign in to view more
Bio
Dr. Dennis has been involved in designing, building, operating, and analyzing data from several X-ray and gamma-ray instruments for observations of solar flares and cosmic X-ray sources. He was a Co-investigator of the Celestial X-Ray Spectrometer on the 8th Orbiting Solar Observatory and Principal Investigator (PI) of the Hard X-Ray Burst Spectrometer on the Solar Maximum Mission (SMM). He co-chaired the Max 91 program to coordinate observations of solar activity during the solar maximum centered around 1991. He is the Mission Scientist and lead Co-I of the Reuven Ramaty High Energy Solar Spectroscopic Imager (RHESSI), a NASA Small Explorer (SMEX) mission launched on 5 February 2002. In 2004, Dr. Dennis received the Goddard Lindsay Award and a NASA Outstanding Leadership Medal for over two decades of work in high energy solar physics that has culminated with the ongoing success of RHESSI.
Research Interests