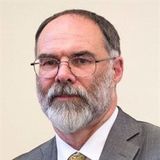 Experience
Sign in to view more
Education
Sign in to view more
Bio
Senior Fellow of the Higher Education Academy (SFHEA)
Fellow of the Chartered Institution of Highways & Transportation (FCIHT)
Member of FEANI (Fédération Européenne d'Associations Nationales d'Ingénieurs / European Federation of National Engineering Associations (Eur Ing)
Member of the Institution of Civil Engineers (MICE)
Chartered Engineer (CEng)
Chris Rogers spent three years in the civil engineering industry, becoming a chartered engineer as a result of this practical experience, before returning to academia to research pipeline soil-structure interaction. As a resident engineer monitoring ground works on four sites, and as a site engineer with Mowlem Tunnelling working on the Carsington Dam Aqueduct Tunnel.
Research Interests
The move towards sustainability and resilience in utility service provision, underground space usage, geotechnical processes and urban engineering. He led one of fifteen consortia funded under the first round of grants awarded under the EPSRC Sustainable Urban Environments (SUE) Programme to use the major Birmingham Eastside (2004-08) redevelopment initiative as a series of case study sites to explore the challenges of introducing more sustainable solutions to the social, environmental and economic problems faced by such developments. He subsequently led a cross-disciplinary programme researching the resilience of critical local infrastructure, and the Urban Futures (2008-12) SUE 2 consortium, which characterised four alternative extreme-yet-plausible future scenarios and developed a methodology for testing the resilience of engineering interventions put in place today. Since many of these interventions are both advanced in the name of sustainability and have very long design lives, the methodology crucially highlights potentially vulnerability to contextual change. Much of the geotechnical input to these projects has concerned the exploitation of underground space beneath our cities.

Cities and Infrastructure Systems Fit for the Far Future. Building on Urban Futures, Professor Rogers led the £6.3 million EPSRC-funded Programme Grant Liveable Cities – Transforming the Engineering of Cities to Deliver Societal and Planetary Wellbeing (2012-17). This multi-university grant explored urban metabolisms and how to assess the performance of cities, both now and with radical engineering interventions in place. He was a Deputy Director of the £3.5 million iBUILD centre researching infrastructure interdependencies and novel business models at the local and regional scales (2103-17) and Deputy Director of Urban Living Birmingham researching urban diagnostics (2016-18). He leads a new programme on engineering cities to deliver enhanced health and wellbeing (REPLENISH – REimagining PLaces and ENgineered Infrastructure Systems for Health).

Transformational Buried Infrastructure. Professor Rogers has been in the vanguard of the creation of UKCRIC – the UK Collaboratorium for Research on Infrastructure and Cities. He is Director of the UKCRIC National Buried Infrastructure Facility (NBIF), a £27.6m building housing state-of-the-art laboratories, a 25mx10mx5m test pit, offices and a visualisation suite. NBIF is one of a number of UKCRIC infrastructure laboratories representing a unique cluster of UK centres of excellence able to support a ‘next generational approach’ to the design, construction, operation and maintenance of the complex and interdependent infrastructure systems needed to support civilised life in dynamic ever more rapidly-changing dynamic contexts. For example, his research portfolio includes the development of surface-mounted and drone robotics for crack detection and repair of roads – addressing the UK’s perennial potholes challenge – via Self-Repairing Cities (a £4.2m EPSRC Grand challenge, 2016-21). With a similarly radical vision, he is Deputy Principal Investigator of Pipebots (Pervasive Sensing for Buried Pipes, a £7.3m EPSRC Programme Grant, 2019-24), which is researching swarms of miniature robots to assess the condition of water pipelines and sewers. He leads research to demonstrate the combined potential of UKCRIC’s laboratories, notably via PLEXUS (Priming Laboratory Experiments on Infrastructure and Urban Systems, £1.0m, 2017-21).

Transforming the Engineering of Cities. Professor Rogers is taking forwards his cities research portfolio via a second strand of UKCRIC – UKCRIC’s Urban Observatories (£8.0m, 2019-21), and in particular via UKCRIC’s Birmingham Urban Observatory and a pump-priming programme linking all six observatories (CORONA – City Observatory Research platfOrm for iNnovation and Analytics, £1.0m, 2017-20). He is helping UKCRIC to deliver its bold ambitions as UKCRIC’s Director of Research Integration, serving on UKCRIC’s Coordination Node (£3.8m, 2017-22) and leading the development of UKCRIC’s Theory of Change, combining many of the methodologies that he has been developing over the past 20 years. His research includes techniques to assist the movement towards transdisciplinarity, supported by a grant from Research England for training of Post-Doctoral Researchers and Early Career Researchers (C-DICE – Centre for Postdoc Development in Infrastructure, Cities and Energy, £4.0m, 2021-25).

He served as a member of the Lead Expert Group UK Government Foresight Future of Cities project (2013-2015), he led the University of Birmingham Policy Commission on Future Urban Living (2012-2014) and was Chair of the Institution of Civil Engineers’ Research, Development & Innovation Panel (2010-2020). He has been awarded grants worth more than £50 million, supervised more than 50 Research Students and Assistants and has published > 150 refereed journal papers and > 180 conference papers.

The structural performance of flexible pipes when buried in trenches, under embankments and in landfills. The influence of trenching on the surrounding buried infrastructures and overlying road structures forms a parallel area of interest.

Trenchless Technologies. Professor Rogers led an EPSRC Engineering Programme Network in Trenchless Technology (NETTWORK, 2000-04), which spawned a number of initiatives including research into long-distance, shallow-buried HV cable installation and the EPSRC-funded Mapping the Underworld programme (MTU, £4.5m, 2004-12, www.mappingtheunderworld.ac.uk). This research combined buried utility location, mapping, data integration and asset tagging, and developed into a multi-sensor geophysical approach for the detection and mapping of all buried utility services. This research took on a new focus via the £5.8 million EPSRC-funded Assessing the Underworld programme (2013-17) to research the use of shallow-surface geophysics to assess the condition of road structures, buried pipelines and cables, and the ground that supports them both. He was CI of complementary research exploring the application of cold atom interferometry to the creation of a very sensitive gravity gradiometer for both shallow and deep subsurface sensing (GG-TOP, £2.4 million, 2011-15) and has a parallel interest in soft ground tunnelling.

Chemical Stabilisation of Clay Soils. His past research has covered both surface and deep stabilisation techniques, the latter including lime piles and chemical piles, deep mix-in-place techniques and lime slurry pressure injection. More recent research concentrated on the use of electro-kinetics for soil stabilisation, dewatering liquid wastes and accelerating cast iron pipe corrosion in clay soils.

Road and railway foundations. His past research has included the assessment in situ of stiffness and resistance to permanent deformation, and the chemical treatment of road subgrades and railway trackbeds. In particular he has studied lime- and lime-cement stabilized subgrade soils cured under realistic environmental conditions.

Collapsible Coils, notably Loess. Loess from different countries, including China, Libya and the UK (where it is more commonly known as brickearth), has been studied to determine both the degree of collapse and the mechanisms of collapse when it is loaded and wetted. The constituents of the loess and the bonding mechanisms formed the primary focus of the research.