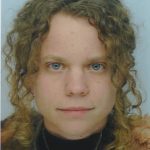 Show Academic Trajectory
Ego Network
D-Core
Research Interests
Author Statistics
Experience
Sign in to view more
Education
Sign in to view more
Bio
Chiara Cammarota is a Lecturer in the Mathematics Department of King’s College London.She continued her scientific career with Postdoctoral positions at the Institute for Theoretical Physics of CEA Saclay (2010-2011) and at the Theoretical Physics and Condensed Matter Lab (LPTMC) of Pierre and Marie Curie University in Paris (2011-2013), and with a Researcher Fellow position in the Physics Department of University of Rome “Sapienza” (2013-2015). In 2015 she joined the faculty of the Mathematics Department at King’s College London. Since many years her research efforts have been oriented in the direction of ‘cracking the glass problem’ through the study of equilibrium and out-of-equilibrium physics of amorphous solids via different techniques including replica calculations, field theory approaches, Renormalization Group studies, investigations of stochastic processes, numerical simulations. In recent times she also broadened her interests focusing on examples of disordered systems from ecology and computer science that show strong similarities with the physics of amorphous material.