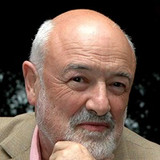 Experience
Sign in to view more
Education
Sign in to view more
Bio
Chris Frith was born in Cross-in-Hand, Sussex in 1942. He grew up in London and Yorkshire and studied Natural Sciences at Cambridge University. He trained in clinical psychology at the University of London's Institute of Psychiatry and completed his PhD in experimental psychology, supervised by Hans Eysenck, in 1969. Chris married Uta Aurnhammer in 1966. Their sons Martin and Alex were born in 1975 and 1978.

Chris Frith was a staff scientist of the Medical Research Council from 1975 to 1994. While with the MRC he worked on the biological basis of schizophrenia in Tim Crow's unit at Northwick Park Hospital and then on Brain Imaging in the Cyclotron Unit at the Hammersmith Hospital. In 1994 he helped to found the Functional Imaging Laboratory at the Institute of Neurology in Queen Square (subsequently the Wellcome Trust Centre for Neuroimaging at UCL) and was awarded a Wellcome Principal Research Fellowship. On retirement in 2007 he became Emeritus Professor in Neuropsychology at UCL and spent the next five years as Niels Bohr Visiting Professor with the Interacting Minds Group, Aarhus University. From 2011-2013 he was a Fellow at All Souls College, Oxford. In 2014 he joined the Institute of Philosophy, University of London, as Honorary Research Fellow.
Research Interests