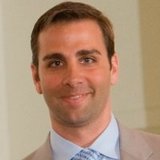 Genomatica Inc
关注
立即认领
分享
基本信息
浏览量：34
个人简介
When he was just 26, bioengineer Christophe Schilling won a small-business grant from the National Science Foundation. His plan was to reengineer the genomes of microorganisms such as bacteria and yeast, which are used as living chemical factories, to produce new or better products. With his university mentor, Bernhard Palsson, Schilling raised $3 million to launch Genomatica in San Diego in 2000. Today, the company is attracting partners such as Dow Chemical that want to engineer microbes to churn out chemicals used to make everything from drugs to soaps. Although that goal is not unique, Genomatica’s tool is: software dubbed SimPheny that decodes a microorganism’s genome data into a “pars list” of molecular components and enables the construction of computer models of the microbe’s metabolism. Corporate clients can then tap the models to predict a particular organism’s industrial potential. Genomatica also plans to release the software to select university labs by 2004.
研究兴趣