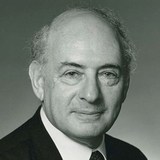 Department of Chemistry King's College London
关注
立即认领
分享
基本信息
浏览量：73
个人简介
Colin Reese is well known for his numerous contributions to the chemistry of nucleosides, nucleotides and nucleic acids. Probably the most noteworthy of these contributions was the establishment of the so-called phosphotriester approach to the synthesis of DNA and more particularly of RNA sequences. This involved the development of new phosphorylation methods, the choice of substituted aryl protecting groups for the internucleotide linkages, and most importantly the use of the conjugate bases of certain oximes as phosphotriester deblocking agents. In the case of RNA sequences, it also involved the development of a method for the preparation of 2’-protected ribonucleoside derivatives with specially-designed achiral acetal protecting groups. The procedures that had previously been used particularly for the synthesis of RNA sequences were of limited utility.

Colin has made significant discoveries in other areas of organic chemistry, for example in the discovery of the photo-Fries reaction, the synthesis of strained medium ring trans-cycloalkenes and cycloalkynes, and the introduction of the use of certain arenesulfonyl hydrazides in synthesis. He has also made important contributions to the synthesis of naturally-occurring phosphorylated inositol derivatives, which can act as biological second messengers.
研究兴趣