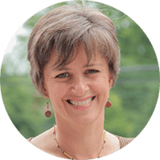 Experience
Sign in to view more
Education
Sign in to view more
Bio
Dr. Corinna Lathan co-founded AnthroTronix in 1999 and is currently Board Chair and Chief Executive Officer. Dr. Lathan's diverse background includes extensive research, teaching, and consulting in the areas of human performance engineering, medical device design, and assistive technology. Previously, Dr. Lathan was an Associate Professor of Biomedical Engineering at The Catholic University of America (CUA) and an Adjunct Associate Professor of Aerospace Engineering at the University of Maryland, College Park. Her work has been featured in Forbes, Time, and the New Yorker magazines as well as led to such distinctions as Maryland's Top Innovator of the Year; MIT Technology Review Magazine Top 100 World Innovators,” and one of Fast Company Magazine’s “Most Creative People in Business.” She has also been named a Technology Pioneer and a Young Global Leader by the World Economic Forum and is currently Chair of their Global Agenda Council for Artificial Intelligence and Robotics. Dr. Lathan is actively involved in educational outreach programs that empower women and minorities in science and technology. She is the Founder of Keys to Empowering Youth for junior high school girls, a judge for the FIRST and VEX robotics program, an advisor to the KID Museum Makerspace, and a Board Member of the National Black Child Development Institute. Dr. Lathan is also on the Board of Engineering World Health, which supports the emergence of healthcare technology in the developing world.
Research Interests