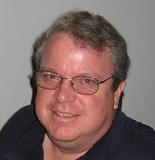 Experience
Sign in to view more
Education
Sign in to view more
Bio
BS in Physics from the University of Missouri, Columbia. MS in Physics from the University of Washington. PhD in Applied Science from U.C. Davis in 1983. As a graduate student at Lawrence Livermore National Lab I participated in photo-nuclear reaction studies at the 100 MeV linac before moving to Lawrence Berkeley Lab and carrying out relativistic heavy ion reaction studies of electromagnetic dissociation at the Bevalac as my thesis topic. As a post-doc first with LBL and later UC Riverside I continued relativistic heavy ion studies at the Bevalac on fragmentation reactions, pion correlations and hot nuclear matter studies. At this time I put together the run control, database and off-line framework for the EOS experiment. After the STAR experiment wasd proposed I lead the software infrastructure effort of the construction project and oversaw the development of the PDSF facility at NERSC as the main off-site computing resource for STAR. I lead the HENP Grand Challenge project on data access and then was coordinator of the Particle Physics Data Grid project. This was followed by the Open Science Grid project where I serve as a member of the Executive Board and participate in the security team and run the registration authority for grid credentials.
Research Interests