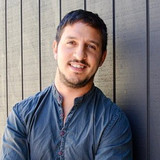 He has published more than 40 peer-reviewed scientific publications (12 of which in CORE A/A* venues), including papers at major venues such as ACM SIGIR and JASIST. He serves as editorial board member for the Elsevier Information Processing & Management (IP&M) journal.

He is a Program Committee member for several conferences including WWW, SIGIR, NAACL, CIKM, ECIR, and CHIIR. He has been reviewing for renowned journals including Elsevier IP&M, ACM TOIS, EPJ Data Science, ACM TIST, and JASIST, among others. He has received the Best Reviewer Award in 2018 for the IP&M journal. He co-organised the ACM SIGIR 2nd Workshop on Conversational Approaches to Information Retrieval (CAIR'18) and the two editions of the workshop on Real-time Analysis and Mining of Social Streams (RAMSS´12 at ICWSM-12, RAMSS'13 at WWW'13).

During his research career, Dr. Spina has collaborated with colleagues in different industry organisations such as Microsoft, Google, SEEK, Real Thing, Abbrevi8, and Llorente&Cuenca. He has been an invited speaker at Tsinghua University (China), UMass Amherst (USA), QUT (Australia), The University of Melbourne (Australia), UNED (Spain), and Complutense University of Madrid (Spain).