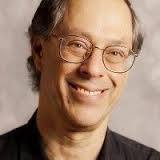 Show Academic Trajectory
Ego Network
D-Core
Research Interests
Author Statistics
ACM_Citations
Experience
Sign in to view more
Education
Sign in to view more
Bio
Daniel (Danny) Bobrow passed away peacefully at home with his wife Toni and daughters Kimberly and Deborah in Palo Alto, California, on March 20, 2017, having bravely fought a five-month battle with cancer.
Danny was born to Ruth Gureasko Bobrow and Jacob Bobrow on November 29, 1935, in the Bronx, NYC. A gifted student, he attended Bronx High School of Science and went on to earn a BS from Rensselaer Polytechnic Institute, an MS from Harvard, and a PhD in Mathematics from Massachusetts Institute of Technology under the supervision of Marvin Minsky. His was one of the first MIT doctoral theses in Artificial Intelligence.
A pioneer with a long and distinguished research career in Artificial Intelligence as a Research Fellow in the System Sciences Laboratory of the Palo Alto Research Center (PARC), he is remembered as a mentor, friend, and role model for many. One esteemed colleague wrote: "Danny Bobrow's death is a huge loss for PARC/Xerox and the research community at large. Danny was an influential researcher, true gentleman and a wonderful person."
Danny served as president of the American Association for Artificial Intelligence (AAAI), president of the Cognitive Science Society, editor-in-chief of the Artificial Intelligence Journal, and also was a recipient of the Association of Computing Machinery (ACM) Software Systems Award and a fellow of both the ACM and AAAI.
He was key to the development of many ground-breaking systems, starting with his doctoral dissertation, STUDENT, and followed by the widely used programming languages Logo and Interlisp; the (innovative) operating system TENEX; the knowledge-sharing system Eureka; and more recently, Powerset, the natural language search engine.