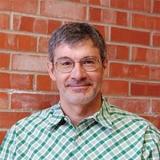 Much of this research has focused on the factors controlling basin and carbonate platform evolution in the Nanpanjiang Basin of south China, but has also included studies of additional basins in north China and in sedimentary systems from numerous localities around the world such as Indonesia, Japan, Turkey, Saudi Arabia, Italy, Mexico, and the Gulf of Mexico.