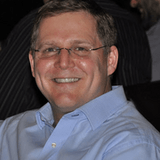 Renaissance Technologies
关注
立即认领
分享
关注
立即认领
分享
基本信息
浏览量：266
个人简介
I'm re-employed! I'm a Renaissance Technologies employee again, Act III. I was head of production for the better part of a decade. I moved to Philadelphia to be a house-husband and part-time researcher for Renaissance. Then I took a two-year sabbatical to dabble in venture capital. Now I'm returning to Renaissance as a tele-commuting researcher in the Futures research group. I am also the founder and president of The Kohelet Foundation, a private foundation focused on Jewish education. Our two main projects are: Kohelet Fellowships and Kohelet Yeshiva High School (formerly Stern Hebrew High School). I'm involved in a number of local and national Jewish philanthropic efforts, including Partners In Torah (which operates Jewpiter for Birthright alums), In His Image, The Chevra, and Jewish day schools in the Philadelphia area. I'm also on the board of the National Math Museum, founded by Glen Whitney, a former Renaissance colleague. Earlier in my academic career, I did research on the statistical natural language parsing problem, culminating in my thesis, entitled Natural Language Processing as Statistical Pattern Recognition. Here's a list of the rest of my publications.
研究兴趣