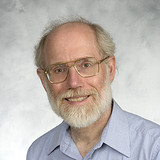 Show Academic Trajectory
Ego Network
D-Core
Research Interests
Author Statistics
ACM_Citations
Experience
Sign in to view more
Education
Sign in to view more
Bio
David Stifler Johnson (born December 9, 1945, Washington, D.C.) is an American computer scientist specializing in algorithms and optimization. He was the head of the Algorithms and Optimization Department of AT&T Labs Research from 1988 to 2013, and is a visiting professor at Columbia University. He was awarded the 2010 Knuth Prize. Johnson graduated summa cum laude from Amherst College in 1967, then earned his S.M. from MIT in 1968 and his Ph.D. from MIT in 1973. All three of his degrees are in mathematics. In 1995 he was inducted as a Fellow of the Association for Computing Machinery. Johnson has Erdős number 2.