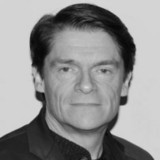 Experience
Sign in to view more
Education
Sign in to view more
Bio
Dr. Dermot Barnes-Holmes received his D.Phil. in behavioral analysis and behavioral biology from the University of Ulster, Coleraine, N. Ireland. He currently serves as Senior Full Professor and Odysseus Laureate at Ghent University, Belgium, having previously served on the faculties of the National University of Ireland, Maynooth, and University College Cork. Dr. Barnes-Holmes is an extraordinarily prolific researcher who has made extensive contributions to the behavior analytic literature, especially in the areas of language and cognition. The competitive and prestigious Odysseus Laureate awarded to Dr. Barnes-Holmes in 2015 is just the most recent recognition of the esteem in which his work is held among behavioral scientists internationally. He contributed substantively to the development of Relational Frame Theory and has been a major source, either directly or through his more than 35 doctoral students, of the frequently cited empirical studies that support the theory. Since 1989, Dr. Barnes-Holmes has published 224 peer-reviewed articles, 40 book chapters, and 7 books or edited volumes. His work is known for its creativity and breadth in addressing complex questions about human language and cognition, with a coherent conceptual and methodological approach. This work has received more than €3.5 million in competitive funding since 2000, and has resulted in a number of prestigious awards and recognitions.
Research Interests