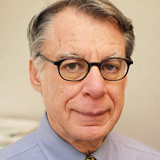 Experience
Sign in to view more
Education
Sign in to view more
Bio
Dr. Don Des Jarlais is a leader in the fields of AIDS and injecting drug use, and has published extensively on these topics including articles in The New England Journal of Medicine, JAMA, Science, and Nature. He is active in international research, having collaborated on studies in many different countries. He serves as a consultant to various institutions, including the U.S. Centers for Disease Control and Prevention, the National Institute of Drug Abuse, the National Academy of Sciences, and the World Health Organization. Dr. Des Jarlais’ research has received numerous awards, including a New York State Department of Health Commissioner’s award for promoting the health of persons who use drugs. He formerly served as avcommissioner for the National Commission on AIDS; as a core group member of the UNAIDS Reference Group on HIV and Injecting Drug Use; and as a member of the President’s Emergency Plan for AIDS Relief (PEPFAR) Scientific Advisory Board.
Research Interests