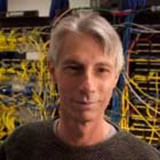 Experience
Sign in to view more
Education
Sign in to view more
Bio
RESEARCH
Professor Towsley's research spans a wide range of activities from quantum and classical networking and secure communications to distributed learning and inference. He pioneered the area of network tomography and the use of fluid models for the analysis and control of large networks. More recently he pioneered the theoretical study of covert communications and is one of the leading researchers in the area of quantum networking. He is one of the highly cited computer scientists with over 250 articles in leading journals.

ACTIVITIES & AWARDS
Professor Towsley has been an Editor-in-Chief of the IEEE/ACM Transactions on Networking, and a co-founding Editor-in-Chief of ACM Transactions on Modeling and Performance Evaluation of Computing Systems. He has also served on numerous editorial boards and as program chair of numerous conferences. He is a five-time recipient of the Best Paper Award of the ACM Sigmetrics Conference and has received four Test of Time Awards for his work. Towsley is the recipient of one of the IEEE's most prestigious honors, the 2007 IEEE Koji Kobayashi Computers and Communications Award. He has also received Achievement Awards from ACM SIGCOMM and ACM SIGMETRICS. He is a Fellow of the IEEE and of the ACM. He also received a UMass Amherst Distinguished Faculty Lecturer award in 2002, a UMass Amherst College of Natural Sciences and Mathematics Faculty Research Award in 2003, a Samuel F. Conti Faculty Fellowship Award in 2008, and a UMass Award for Outstanding Accomplishments in Research and Creative Activity, 2008. Last, he was elected to the Brazilian Academy of Sciences as a corresponding member.
Research Interests