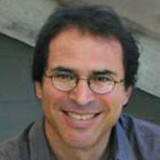 Show Academic Trajectory
Ego Network
D-Core
Research Interests
Author Statistics
Experience
Sign in to view more
Education
Sign in to view more
Bio
Edward Adelson is the John and Dorothy Wilson Professor of Vision Science at MIT, in the Department of Brain and Cognitive Sciences, and a member of the Computer Science and Artificial Intelligence Laboratory (CSAIL). He was elected to the National Academy of Sciences in 2007, and to the American Academy of Arts and Sciences in 2010. Adelson has over 100 publications on topics in human vision, machine vision, computer graphics, neuroscience, and computational photography. He is well known for contributions to multiscale image representation (such as the Laplacian pyramid) and basic concepts in early vision such as steerable filters and motion energy models. His work on layered representations for motion won the IEEE Computer Society’s Longuet-Higgins Award (2005). Adelson introduced the plenoptic function, and built the first plenoptic camera. His work on the neural mechanisms of motion perception was honored with the Rank Prize in Optoelectronics (1992). He has done pioneering work in computational photography, including the areas of image merging, denoising, and high dynamic range imaging.. He has produced some well known illusions such as the Checker-Shadow Illusion. His lab is now focused on artificial touch sensing for robotics, based on a novel elastomeric technology that allows the construction of robot fingers that are soft and sensitive like human fingers.