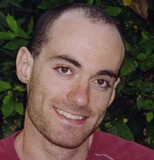 Show Academic Trajectory
Ego Network
D-Core
Research Interests
Author Statistics
Experience
Sign in to view more
Education
Sign in to view more
Bio
Emanuele Viola is an associate professor in the College of Computer and Information Science at Northeastern University, which he joined in 2008. Professor Viola earned his PhD from Harvard University in 2006, and was subsequently a member of the Institute for Advanced Study, and a postdoctoral fellow at Columbia University.

Viola's main research interest is in theoretical computer science. Within this theory, Viola has worked in a wide variety of areas, including pseudorandomness, cryptography, data structures, communication complexity, and circuit lower bounds. He has made several fundamental contributions, in some cases making progress on long-standing open problems. Viola's research has influenced not only computer scientists, but also leading researchers in mathematics and finance. Viola has been a recipient of the NSF CAREER Award in 2009, the Best Paper Award at the Computational Complexity Conference in 2008, and the SIAM Student Paper Prize in 2006.