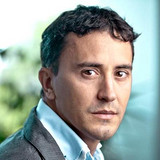 Experience
Sign in to view more
Education
Sign in to view more
Bio
Emin Gün Sirer is a Turkish-American computer scientist. He is currently an associate professor of computer science at Cornell University, co-director of IC3. He is known for his contributions to peer-to-peer systems, operating systems and computer networking. Sirer is also founder of Avalanche protocol, a project related to building computing platform using Avalanche Consensus. Sirer is best known for his contributions to operating systems, distributed systems, and fundamental cryptocurrency research. He co-developed the SPIN (operating system), where the implementation and interface of an operating system could be modified safely at run-time by type-safe extension code. He also led the Nexus OS effort, where he developed new techniques for attesting to, and reasoning about, the semantic properties of remote programs. His Karma system, published in 2003, is the first cryptocurrency that uses a distributed mint based on proof-of-work.
Research Interests