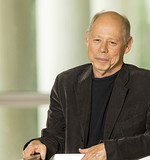 Experience
Sign in to view more
Education
Sign in to view more
Bio
Eshel Ben-Jacob (full name Eshel Refael Ben-Jacob Breslav; Hebrew אשל רפאל בן-יעקב ברסלב), was a theoretical and experimental physicist at Tel Aviv University, holder of the Maguy-Glass Chair in Physics of Complex Systems, and Fellow of the Center for Theoretical Biological Physics (CTBP) at Rice University. During the 1980s he became an international leader in the theory of self-organization and pattern formation in open systems, and later extended this work to adaptive complex systems and biocomplexity. His specialization in self-organization of complex systems yielded the breakthrough of solving the long-standing (since Kepler) snowflake problem. In the late 1980s, he turned to study of bacterial self-organization, believing that bacteria hold the key to understanding the larger biological systems. He developed new pattern forming bacteria species, became a pioneer in the study of bacterial intelligence and social behaviors of bacteria, and was an influential figure in establishing the now rapidly evolving Physics of Living Systems (Biological Physics and Physical Biology) disciplines. He was an adviser to the Microbes Mind Forum. Eshel Ben-Jacob was born on April 13, 1952 in Haifa Israel into a family of pioneers that immigrated to Israel in the 1930s. His mother, Miriam Ben-Ya'akov, was born in Israel and his father, Ya'akov Breslav, came to Israel with his family at the age of 5. He grew up in Even Yehuda, a village founded in 1932 by a handful of families including his maternal grandparents. Ben-Jacob began conducting research as a teenager, first at home and for several months towards the end of high school, at the Weizmann Institute of Science in Rehovot. After graduating from high school, he matriculated to study physics and mathematics at Tel Aviv University and was drafted to the Israeli Navy two years later. He completed his B.Sc., M.Sc. and most of his PhD studies during the service (1972-1980) first in the Navy Weather Forecast unit and later in the Navy Intelligence. The Navy granted him a special Personal Citation for demonstrating exceptional creative thinking and intellectual courage, thus enabling successful and life saving operation. Ben-Jacob received a B.Sc. degree (1975) in physics from Tel Aviv University, a Certificate in System Analysis (1976) from the Technion (Israel Institute of Technology), and a M.Sc. degree (1978) (Magna cum laude) (under the supervision of Y. Imry) and a PhD degree in physics (1982) (Summa cum laude) (under the supervision of Y. Imry and D. J. Bergman) from Tel Aviv University. After three years (1981-1984) of postdoctoral research at the Kavli Institute for Theoretical Physics in Santa Barbara, Ben-Jacob joined the Physics Department at the University of Michigan (1984-1989). Since 1986, Ben-Jacob is a faculty member of the School of Physics and Astronomy at Tel Aviv University (full Professor since 1992 and the holder of the Maguy-Glass Chair in Physics of Complex Systems since 2003). Ben-Jacob served as vice president (1998-2001) and president (2001-2004) of the Israel Physical Society. Since 2005, he is a fellow of the Center for Theoretical Biological Physics, Rice University. Eshel was elected to the American Philosophical Society in 2014 as an International Member in the Physical Sciences Class.
Research Interests