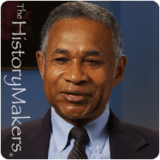 Experience
Sign in to view more
Education
Sign in to view more
Bio
Agricultural engineer Essex E. Finney was born in Powhatan County, Virginia on May 16, 1937. As a child, he worked on his family farm growing tobacco, wheat and corn as well as raising farm animals. Finney became interested in agricultural engineering when his family acquired a tractor. After graduating from Pocahontas High School in 1954, he enrolled at Virginia State University. In 1956, Finney transferred to Virginia Polytechnic Institute, where he was one of the first African American students to integrate the university. Finney earned his B.S. degree in agricultural engineering in 1959 from Virginia Polytechnic Institute. He went on to earn his M.S. degree in 1960 from Pennsylvania State University, and in 1963, he was the first African American to receive his Ph.D. degree from the Department of Agricultural Engineering at Michigan State University. Between 1963 and 1965, Finney served as an officer in the United States Military. In 1965, Finney accepted a position with the United States Department of Agriculture (USDA)'s Beltsville Research Center in the instrumentation research laboratory. He was appointed assistant director of the center in 1977 and became director in 1989. For one year, Finney served as associate director of the Agricultural Research Service (ARS) twelve-state North Atlantic Area. In addition, from 1980 to 1981, he was hired as a senior policy analyst in the Office of the Science Advisor to Presidents Jimmy Carter and Ronald Reagan. In 1992, Finney went to work at the USDA headquarters in Washington, D.C. where he served as the associate administrator for the ARS. Finney worked with the USDA until his retirement in 1995. In addition to his administrative duties, Finney also conducted research. His early research investigated methods of drying cereal grains like wheat, rice, and barley, and his later research focused on techniques and instruments that measure food quality.
Research Interests