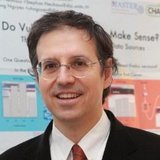 Show Academic Trajectory
Ego Network
D-Core
Research Interests
Author Statistics
Experience
Sign in to view more
Education
Sign in to view more
Bio
Fabio Massacci received a M.Eng. in 1993 and Ph.D. in Computer Science and Engineering at University of Rome "La Sapienza" in 1998. He spent a year in Cambridge working with L. Paulson and R. Needham on security protocols verification. He joined University of Siena as Assistant Professor in 1999, and was visiting researcher at IRIT Toulouse in 2000, and joined Trento in 2001 where is now full professor. His research interests are in security requirements engineering, formal methods and computer security. He has co-authored more than 100 papers on peer-reviewed journals and international conferences. His h-index is f(t,x) (where t is time and x depends on Scopus, Google-Scholar, the Firefox plug-ins etc.). Jointly with W. Joosen he co-founded ESSOS the Engineering Secure Systems and Software Symposium that aims at bringing together security and software engineering researchers and practitioners. ESSOS is held in-cooperation with ACM SIGSAC, ACM SIGSOFT, and IEEE TCSP. He has been administrative or scientific coordinator for integrated projects on security (S3MS, MASTER) and is coordinator of another integrated project on security engineering for evolvable systems (SecureChange). He participates also in ANIKETOS, EFFECTS+ and NESSOS projects. Till 2008 he was deputy rector for ICT procurements and services at Trento, a past-time with 70 members of staff and 5M Euro yearly budget. This gave him an incredible advantage for an ICT researcher: being also a customer of ICT solutions that never really works as advertised, and thus spurring him to new research ideas.