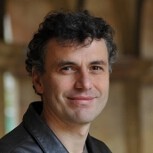 Experience
Sign in to view more
Education
Sign in to view more
Bio
He is one of the two founding members of CamSemi; a company dedicated to power ICs and power management. CamSemi has sold over 500 million units to date and has been recently awarded the prestigious Carbon Trust Innovation Award. He is also the CTO and the founder of CCMOSS (Cambridge CMOS Sensors Ltd), a company dedicated to CMOS-based gas sensors. Finally, he is a co-founder and the CTO of Camutronics - a new spin-off company dedicated to power semiconductor devices. Prof. Florin Udrea is an inventor of over 70 patents and has over 300 publications in journals and international conferences. He has received several awards from IEEE and Leverhulme. For his "outstanding contribution to British Engineering" he has received the Silver Medal from the Royal Academy of Engineering for 2012.
Research Interests