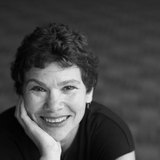 Show Academic Trajectory
Ego Network
D-Core
Research Interests
Author Statistics
ACM_Citations
Experience
Sign in to view more
Education
Sign in to view more
Bio
Dr. Francine Berman is the Edward P. Hamilton Distinguished Professor in Computer Science at Rensselaer Polytechnic Institute. She is a Fellow of the Association of Computing Machinery (ACM), a Fellow of the Institute of Electrical and Electronics Engineers (IEEE), and a Fellow of the American Association for the Advancement of Science (AAAS). In 2009, Dr. Berman was the inaugural recipient of the ACM/IEEE-CS Ken Kennedy Award for "influential leadership in the design, development, and deployment of national-scale cyberinfrastructure." In 2015, Dr. Berman was nominated by President Obama and confirmed by the U.S. Senate to become a member of the National Council on the Humanities. Dr. Berman is U.S. lead of the Research Data Alliance (RDA), a community-driven international organization created to accelerate research data sharing world-wide, through the development, adoption, and use of technical, organizational and social infrastructure needed to support data-driven innovation. Since 2012, she has served as Chair of RDA/US (all U.S. members of RDA) and Co-Chair of RDA's international leadership Council. Previously, Dr. Berman served as Director of the San Diego Supercomputer Center from 2001 to 2009 and as Vice President for Research at Rensselaer Polytechnic Institute from 2009-2012. Prior to joining Rensselaer, Dr. Berman was Professor in the U.C. San Diego Department of Computer Science and Engineering and first holder of the High Performance Computing Endowed Chair in the Jacobs School of Engineering. As Director of the San Diego Supercomputer Center (SDSC), she led a staff of 250+ interdisciplinary scientists, engineers, and technologists. Dr. Berman also directed the National Partnership for Advanced Computational Infrastructure (NPACI), a consortium of 41 research groups, institutions, and university partners with the goal of building national infrastructure to support research and education in science and engineering. Dr. Berman currently serves as Chair of the Anita Borg Institute Board of Trustees, as a member and former co-Chair of the National Science Foundation Advisory Committee for the Computer and Information Science and Engineering (CISE) Directorate, and as a member of the Board of Trustees of the Sloan Foundation. She has served on a broad spectrum of national and international leadership groups and committees including the National Science Foundation's Engineering Advisory Committee, the National Institutes of Health's NIGMS Advisory Committee, the U.S. President's Council of Advisors on Science and Technology (PCAST) Networking and Information Technology Research and Development (NITRD) Review Working Group, and others. Previously, she served as co-Chair of the National Academies Board on Research Data and Information (BRDI), as co-Chair of the US-UK Blue Ribbon Task Force for Sustainable Digital Preservation and Access, and Chair of the Information, Computing and Communication Section (Section T) of the American Association for the Advancement of Science (AAAS). For her accomplishments, leadership, and vision, Dr. Berman was recognized by the Library of Congress as a "Digital Preservation Pioneer", as one of the top women in technology by BusinessWeek and Newsweek, and as one of the top technologists by IEEE Spectrum.