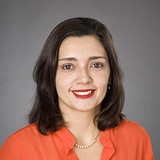 Experience
Sign in to view more
Education
Sign in to view more
Bio
Juliana Freire is a Professor at the Department of Computer Science and Engineering at New York University. She also holds an appointment in the Courant Institute for Mathematical Science and is a faculty member at the NYU Center of Data Science. Her research interests are in large-scale data analysis, visualization, and provenance management. An important theme is Professor Freire's work is the development of data management techniques and infrastructure to address problems introduced by emerging applications. Recently, her work has focused on the analysis and visualization urban, scientific and Web data. Within scientific data management, she is best known for her work in provenance and computational reproducibility, and for being a co-creator of the open-source VisTrails system (http://www.vistrails.org). Professor Freire is an active member of the database and Web research communities, having co-authored over 130 technical papers and holding 9 U.S. patents. She has chaired or co-chaired several workshops and conferences, and has participated as a program committee member in over 60 events. She has received several awards, including an NSF CAREER, an IBM Faculty award, and a Google Faculty Research award. Her research has been funded by grants from the National Science Foundation, Department of Energy, National Institutes of Health, University of Utah, NYU, Sloan Foundation, Betty Moore Foundation, Google, Amazon, Microsoft Research, Yahoo! and IBM.
Research Interests