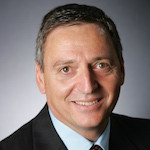 Show Academic Trajectory
Ego Network
D-Core
Research Interests
Author Statistics
Experience
Sign in to view more
Education
Sign in to view more
Bio
Professor Gérard Medioni received the Diplôme d’Ingenieur from ENST, Paris in 1977, and a Ph.D. from USC in 1983. He is currently at Amazon, on leave from his position of Professor of CS at USC. He served as Chairman of the Computer Science Department from 2001 to 2007. He has published 4 books, many articles, and is the recipient of 18 patents.

Prof. Medioni is on the editorial board of several journals, and served as Chair of many conferences (CVPR, ICCV, WACV, ICPR).