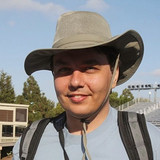 Show Academic Trajectory
Ego Network
D-Core
Research Interests
Author Statistics
Experience
Sign in to view more
Education
Sign in to view more
Bio
George Toderici is a tech lead / manager of the Neural Multimedia Compression team in Machine Perception at Google Research. He and his team are exploring new methods for compression of multimedia content using techniques inspired from the neural network domain. Previously he has worked on video classification tasks based on classical methods as well as more modern neural network-based methods. Dr. Toderici has been involved in organizing the first and second Workshop and Challenge on Learned Image Compression (CLIC’18, ‘19 at CVPR), the first and second YouTube-8M workshop at CVPR 2017 and ECCV 2018, the THUMOS 2014 workshop at ECCV, and is one of the co-authors of the Sports-1M and Atomic Video Actions (AVA) datasets. Previously he has served as a Deep Learning area co-chair for ACM Intl. Conf. on Multimedia (MM) in 2014, In addition, he has served in the program committees of CVPR, ECCV, ICCV, ICLR and NIPS for numerous years. His research interests include deep learning, action recognition and video classification.