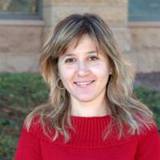 Show Academic Trajectory
Ego Network
D-Core
Research Interests
Author Statistics
Experience
Sign in to view more
Education
Sign in to view more
Bio
Her research is in the broader area of big data and in the intersection of databases, information retrieval, machine learning, and data mining, and includes:

personalization and recommendation systems,
user profiling and user analytics,
large-scale information extraction, entity resolution and information integration,
query and data exploration paradigms, including keyword search and natural language interfaces.
Her work has been incorporated in many commercial products. She holds 8 issued patents and has filed 18 patent applications in the US and worldwide. She has authored and co-authored more than 80 research papers in peer- reviewed conferences (including ACM SIGMOD, PVLDB, and IEEE ICDE) and journals (including ACM TODS and IEEE TKDE). An IEEE Senior member and ACM member, Georgia is an ACM SIGMOD Associate Information Director and editor of ACM SIGMOD Blog. She has served as Demo PC co-chair for ACM SIGMOD 2018, General Co-Chair for ACM SIGMOD 2016, Industrial Track PC Chair for EDBT 2016, and Workshop and Tutorial Co-Chair for IEEE ICDE 2016. She is an Associate Editor for VLDB 2019. She serves in the program committees of top-tier conferences, and she has organized several focused workshops in databases, personalization and data exploration. She is a Distinguished Speaker of the ACM.