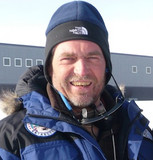 Show Academic Trajectory
Ego Network
D-Core
Research Interests
Author Statistics
ACM_Citations
Experience
Sign in to view more
Education
Sign in to view more
Bio
My primary occupation is to lead the Software Systems Research Group (SSRG) at NICTA in its endeavour to make software systems more dependable. I am particularly involved in the Trustworthy Systems team, which works on making critical systems truly trustworthy. I also teach Advanced Operating Systems to a group of excellent students with a tendency to masochism. The course has, over the years, produced many Heroes of Operating Systems and has been copied at a number of universities. It also has its own prize for the best-performing student, the Advanced Operating Systems Alumni Prize. In 2006 I founded Open Kernel Labs (OK Labs) for commercialising L4 microkernel technology. I served as Chief Technology Officer (CTO) from 2006–2010 and as a Director from 2006 until OK's acquisition by General Dynamics in August 2012.