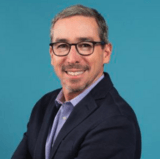 Experience
Sign in to view more
Education
Sign in to view more
Bio
Gordon Hanson is the Peter Wertheim Professor in Urban Policy at Harvard Kennedy School. He is also a research associate at the National Bureau of Economic Research, a life member of the Council on Foreign Relations and co-editor of the Journal of Economic Perspectives. Prior to joining Harvard in 2020, he held the Pacific Economic Cooperation Chair in International Economic Relations at UC San Diego, where he was founding director of the Center on Global Transformation. Hanson previously served on the economics faculties of the University of Michigan and the University of Texas. In his scholarship, Hanson specializes in international trade, international migration and economic geography. He has published extensively in top economics journals, is widely cited for his research by scholars from across the social sciences and is frequently quoted in major media outlets. Hanson’s current research addresses how globalization in the form of immigration and expanded trade with China have affected U.S. local labor markets. In a new endeavor, he is working with a multidisciplinary team of scholars to use satellite imagery to assess the impacts of expanding transportation networks, exposure to extreme weather, and related events on urban economic activity.
Research Interests