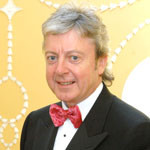 Experience
Sign in to view more
Education
Sign in to view more
Bio
Professor H. Paul Redmond graduated from the Royal College of Surgeons in Ireland in 1983. After undertaking a BSc (1st Class Honours) in Anatomy he completed his surgical training in Dublin. He spent 2 years working as a Surgical Oncology Research Fellow at the University of Pennsylvania focusing primarily on the relationship between trauma and the immune response He returned to Ireland in 1991 and established a research laboratory at Beaumont Hospital, Dublin. He spent a further 3 years working as a Senior Surgical Registrar before being appointed Senior Lecturer in Surgery in Beaumont Hospital and the Royal College of Surgeons in Ireland in 1995. He was subsequently appointed as Head of the Department of Surgery, Cork University Hospital / University College Cork, Ireland in September 1997. Professor Redmond has served on numerous national and international bodies including acting as Director of the Scientific Committee for the Association of Surgeons of Great Britain and Ireland, Membership Director for the Society of Academic and Research Surgery. He served as Chair of the Irish National Cancer Forum from 2003 - 2006 and is currently a member of the National Cancer Control Programme Committee. Professor Redmond has authored / co-authored over 290 research publications, book chapters and books. He is an Editorial Board Member of the journal Sepsis and a journal reviewer for many international journals.
Research Interests