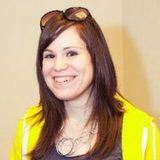 Experience
Sign in to view more
Education
Sign in to view more
Bio
In fall 2010, Hanna Wallach started as an assistant professor in the Department of Computer Science at the University of Massachusetts Amherst. She is one of five core faculty members involved in UMass's new Computational Social Science Initiative. Prior to this, Hanna was a senior postdoctoral research associate, also at UMass, where she developed statistical machine learning techniques for analyzing complex data regarding communication and collaboration within scientific and technological innovation communities. Hanna's Ph.D. work, undertaken at the University of Cambridge, introduced new methods for statistically modeling text using structured topic models—models that automatically infer semantic information from unstructured text and information about document structure, ranging from sentence structure to inter-document relationships. Hanna holds an M.Sc. from the University of Edinburgh, where she specialized in neural computing and learning from data, and was awarded the University of Edinburgh's 2001/2002 prize for Best M.Sc. Student in Cognitive Science. Hanna received her B.A. from the University of Cambridge Computer Laboratory in 2001. Her undergraduate project, "Visual Representation of Computer-Aided Design Constraints," won the award for the best computer science student in the 2001 U.K. Science Engineering and Technology Awards. In addition to her many papers on statistical machine learning techniques for analyzing structured and unstructured data, Hanna's tutorial on conditional random fields is extremely widely cited and used in machine learning courses around the world. Her recent work (with Ryan Prescott Adams and Zoubin Ghahramani) on infinite belief networks won the best paper award at AISTATS 2010. As well as her research, Hanna works to promote and support women's involvement in computing. In 2006, she co-founded an annual workshop for women in machine learning, in order to give female faculty, research scientists, postdoctoral researchers, and graduate students an opportunity to meet, exchange research ideas, and build mentoring and networking relationships. In her not-so-spare time, Hanna is a member of Pioneer Valley Roller Derby, where she is better known as Logistic Aggression.
Research Interests