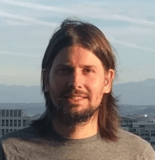 From 2008 to 2012, I was a research assistant at the Department of Computing at Imperial College London. I worked in the Robot Vision Group of Prof. Andrew J. Davison on efficien techniques for visual SLAM.

Early 2013, I joined the start-up Industrial Perception Inc. (IPI) of Troy Straszheim, Kurt Konolige, Ethan Rublee and Gary Bradski. IPI got aquired by Google later that year, and I worked for Google as a Roboticist late 2016.