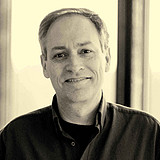 Show Academic Trajectory
Ego Network
D-Core
Research Interests
Author Statistics
Experience
Sign in to view more
Education
Sign in to view more
Bio
Hugo Krawczyk is a member of the Cryptography Group at the IBM T.J. Watson Research Center. His areas of interest span theoretical and applied aspects of cryptography with particular emphasis on applications to network security, privacy and authentication. Best known are his contributions to the cryptographic design of numerous Internet standards, particularly IPsec, IKE, TLS and SET, and the co-invention of numerous cryptographic algorithms including the HMAC message authentication algorithm embedded in every Internet-capable device. Dr. Krawczyk has also contributed to the theory and applications of pseudorandomness, zero-knowledge, key exchange, threshold and proactive cryptosystems, and search on encrypted data. He is a Fellow of the International Association of Cryptologic Research (IACR) and an Editor of the Journal of Cryptology, and is the recipient of numerous IBM awards, including two corporate awards, for his contributions to industry.