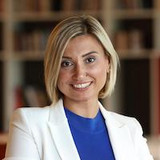 Show Academic Trajectory
Ego Network
D-Core
Research Interests
Author Statistics
Experience
Sign in to view more
Education
Sign in to view more
Bio
Dr. Ilkay Altintas is the Chief Data Science Officer at the San Diego Supercomputer Center (SDSC), UC San Diego, where she is also the Founder and Director for the Workflows for Data Science Center of Excellence as well as the WIFIRE Lab, and a Fellow of the Halicioglu Data Science Institute (HDSI). In her various roles and projects, she leads collaborative multi-disciplinary teams with a research objective to deliver impactful results through making computational data science work more reusable, programmable, scalable and reproducible. Since joining SDSC in 2001, she has been a principal investigator and a technical leader in a wide range of cross-disciplinary projects. Her work has been applied to many scientific and societal domains including bioinformatics, geoinformatics, high-energy physics, multi-scale biomedical science, smart cities, and smart manufacturing. She is a co-initiator of the popular open-source Kepler Scientific Workflow System, the leader behind the now operational WIFIRE cyberinfrastructure for fire science, and the co-author of publications related to computational data science at the intersection of workflows, provenance, distributed computing, big data, reproducibility, and software modeling in many different application areas. She is also a popular MOOC instructor in the field of “big” data science, and reached out to more than a million learners across any populated continent. Her Ph.D. degree is from the University of Amsterdam in the Netherlands with an emphasis on provenance of workflow-driven collaborative science. She is an associate research scientist at UC San Diego. Among the awards she has received are the 2015 IEEE TCSC Award for Excellence in Scalable Computing for Early Career Researchers and the 2017 ACM SIGHPC Emerging Woman Leader in Technical Computing Award.