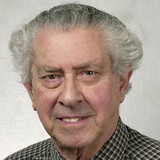 Experience
Sign in to view more
Education
Sign in to view more
Bio
Miller was born on 2 April 1931 in Nice, France, as J.F.A.P. Meunier, and grew up in France, Switzerland and China, mostly in Shanghai. After the outbreak of World War II, in anticipation of Japan's entry into the war, his family moved in 1941 to Sydney, Australia, and changed their last name to "Miller". He was educated at St Aloysius' College in Sydney, where he met his future colleague, Sir Gustav Nossal.[1] Miller studied medicine at the University of Sydney, and had his first experience of laboratory research in the laboratory of Professor Patrick de Burgh where he studied virus infection. In 1958, Miller travelled to the United Kingdom on a Gaggin Research Fellowship from the University of Queensland. He was accepted to the Chester Beatty Research Institute of Cancer Research (part of the Institute of Cancer Research, London) and as a PhD student at the University of London.[2] Miller chose to study the pathogenesis of lymphocytic leukemia in mice, expanding on the research of Ludwik Gross into murine leukemia virus. Miller showed that experimental animals without a thymus at birth were incapable of rejecting foreign tissues and resisting many infections, thus demonstrating that the thymus is vital for development and function of the adaptive immune system. Prior to this, the thymus was believed to be a vestigial organ with no function.[3] His discovery has led many to describe Miller as the "world's only living person who can claim to have been the first to have described the functions of a human organ".[4] In 1963, Miller continued his work into the function of the thymus at the National Institutes of Health. In 1966, Miller returned to Australia to become a research group leader at the Walter and Eliza Hall Institute of Medical Research in Melbourne, at the invitation of its new director Sir Gustav Nossal, the successor of Sir Macfarlane Burnet. There, with student Graham Mitchell, he discovered that mammalian lymphocytes can be separated into what were later called T cells and B cells, and that these interact to allow normal antibody production (T cell help). Miller went on to show that the thymus produces the T cells, that it removes autoreactive T cells (central T cell tolerance) and several other landmark findings in immunology. These are considered crucial to understanding diseases such as cancer, autoimmunity and AIDS, as well as processes such as transplant rejection, allergy and antiviral immunity.[1] Miller was also the first to provide evidence that thymus-derived immune cells are important for the defense against certain tumors,[5] which forms the basis for modern cancer immunotherapy. Semi-retired since 1996, Miller is still involved in immunological research.[4] Miller has had a longstanding interest in art, and studied art in the 1980s. His art has been exhibited at venues in Melbourne.
Research Interests