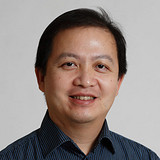 Wang has received an NSF Career award and the endowed PNC Technologies Career Development Professorship (created in 1999 through part of a $1 million gift to Penn State from The PNC Foundation). He has served as the lead guest editor of IEEE Transactions on Pattern Analysis and Machine Intelligence Special Issue on Real-world Image Annotation and Retrieval (2008), the general chair of ACM Multimedia Information Retrieval events (2006, 2007, and 2010), and as an invited speaker at more than 70 institutions.

Program Manager in the Office of the National Science Foundation Director (2011 and 2012), and as Chair of Faculty Council of the College of Information Sciences and Technology at Penn State (2012-2016). Wang’s research has been featured in science media including PBS NOVA TV, Discovery News, Scientific American, National Public Radio, and MIT Technology Review, as well as wired news agencies. His publications are widely cited.