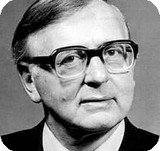 National Physical Laboratory
关注
立即认领
分享
基本信息
浏览量：104
个人简介
James (Jim) Hardy Wilkinson was a British mathematician who became the leading expert in a new, and important, field that emerged after World War II. It goes under two names, matrix computations and (more pompously) numerical linear algebra. Jim came from a humble family in the dairy business and was the third of five children. He showed a great interest in mathematical problems as a youngster and won a Foundation Scholarship to the Sir Joseph Williamson’s Mathematical School when he was eleven—a fortunate occurrence because the family business had fallen on hard times and they could not have paid for such an elite school. Wilkinson graduated from Trinity College, Cambridge, the mecca of mathematics in Britain, in 1939 after a stellar undergraduate career. He was expected to become a pure analyst and continue with graduate work at Cambridge, but the outbreak of World War II put an end to that plan. He began working at the British Government Ministry of Supply doing research on topics such as thermodynamics of explosions, ballistics, and similar military interests. This work during the war changed his focus radically. At the end of the war, rather than returning to Cambridge, he joined the National Physical Laboratory (NPL) staff where he worked with Alan Turing on problems associated with Turing’s proposal to build an electronic computer. When Turing left the NPL to go to Manchester University, Wilkinson (with others) took over the development of Turing’s computer—the Pilot ACE (operational in 1950). This essay will attempt to explain, in as simple a way as possible (although some knowledge of mathematics might be helpful) the concerns of this field of matrix computations and why Wilkinson won the ACM A. W. Turing Award in 1970. The field would not exist without the availability of fast digital computers. Although a few classical mathematicians, such as Carl Friedrich Gauss (1777-1855) and Karl G. J. Jacobi (1804-1851), had engaged in matrix computations by hand (a labor of Hercules) there was no shared field of study.
研究兴趣