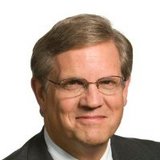 The Heritage Foundation
关注
立即认领
分享
基本信息
浏览量：728
个人简介
James M. Roberts' primary responsibility as one of The Heritage Foundation's lead experts in economic freedom and growth is to edit the Rule of Law and Monetary Freedom sections of Index of Economic Freedom. An influential annual analysis of the economic climate of countries throughout the world, the Index is co-published by Heritage and The Wall Street Journal. Roberts also studies economic and political issues in Latin America and Europe, as well as contributing to policy debates on issues ranging from development assistance and nation-building to corporate social responsibility and global economic governance Before joining Heritage in 2007, Roberts served in the State Department for 25 years. As a Foreign Service Officer, he completed tours of duty at U.S. embassies in Mexico, Portugal, France, Panama and Haiti. He also worked on a wide variety of international trade issues and helped to coordinate major U.S. assistance programs, including efforts to reform Eastern Europe economies and to reconstruct Iraq.
研究兴趣