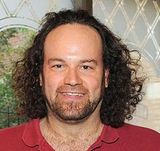 Department of Statistical Sciences Faculty of Arts & Science, University of Toronto
关注
立即认领
分享
基本信息
浏览量：134
个人简介
He was awarded the 2006 CRM-SSC Prize, the 2007 COPSS Presidents' Award, the 2013 SSC Gold Medal, and teaching awards at both Harvard and Toronto. He is a fellow of the Institute of Mathematical Statistics and of the Royal Society of Canada. His book for the general public, Struck by Lightning, was published in sixteen editions and ten languages, and was a bestseller in Canada.
研究兴趣