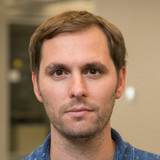 Show Academic Trajectory
Ego Network
D-Core
Research Interests
Author Statistics
Experience
Sign in to view more
Education
Sign in to view more
Bio
Joan Bruna is an Assistant Professor at Courant Institute, New York University (NYU), in the Department of Computer Science, Department of Mathematics (affiliated) and the Center for Data Science, since Fall 2016. He belongs to the CILVR group and to the Math and Data groups. From 2015 to 2016, he was Assistant Professor of Statistics at UC Berkeley and part of BAIR (Berkeley AI Research). Before that, he worked at FAIR (Facebook AI Research) in New York. Prior to that, he was a postdoctoral researcher at Courant Institute, NYU. Before his PhD he was a Research Engineer at a semi-conductor company, developing real-time video processing algorithms. Even before that, he did a MsC at Ecole Normale Superieure de Cachan in Applied Mathematics (MVA) and a BA and MS at UPC (Universitat Politecnica de Catalunya, Barcelona) in both Mathematics and Telecommunication Engineering. For his research contributions, he has been awarded a Sloan Research Fellowship (2018), a NSF CAREER Award (2019) and a best paper award at ICMLA (2018).