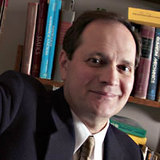 Experience
Sign in to view more
Education
Sign in to view more
Bio
Professor John D. Joannopoulos is the Francis Wright Davis Professor of Physics at MIT. He is the author or coauthor of over 540 refereed journal articles, two textbooks on photonic crystals, and over 60 U.S. Patents. He is also co-founder of four startup companies: OmniGuide, Inc., Luminus Devices, Inc., WiTricity Corporation, and Typhoon HIL, Inc. He is a member of the National Academy of Sciences, a Fellow of the American Association for the Advancement of Science, a Fellow of the American Physical Society, a Fellow of the World Technology Network, an Alfred P. Sloan Fellow (1976-80), a John S. Guggenheim Fellow (1981-82), and has been on the Thompson ISI Most Highly Cited Researchers List since 2003. Professor Joannopoulos is the recipient of the MIT School of Science Graduate Teaching Award (1991), the William Buechner Teaching Prize of the MIT Department of Physics (1996), and the David Adler Award of the American Physical Society (1997). He is a former Divisional Associate Editor of Physical Review Letters, and former Member of the Editorial Board of Reviews of Modern Physics. Currently he is Director of the Institute for Soldier Nanotechnologies at MIT.
Research Interests