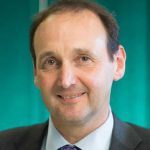 Show Academic Trajectory
Ego Network
D-Core
Research Interests
Author Statistics
Experience
Sign in to view more
Education
Sign in to view more
Bio
Jon was previously Professor of General Practice and Head of the School of Primary, Aboriginal and Rural Healthcare at the University of Western Australia before taking up the Chair of Primary Care Cancer Research at the University of Melbourne. He moved to Australia in 2004 from the University of Cambridge and has developed a joint research programme in Australia and Cambridge on cancer and genetic medicine in primary care, collaborating closely with Dr Fiona Walter. Following his medical training at Cambridge and Oxford
Research Interests
Jon’s research focuses on primary care oncology and the development and evaluation of complex interventions including computer decision support systems, new diagnostic and screening technologies for melanoma and bowel cancer, new models of cancer survivorship care, and the application of advances in genetic medicine in primary care.
He is one of the world’s most highly cited researchers in his discipline: for the period 2013-17, in the field of primary care, and by specific tumour stream, his international citation ranking was 1st (prostate), 2nd (breast and melanoma), 3rd (bowel) and 5th (lung).
He established and is the Director of the Cancer Australia primary care cancer clinical trials group (PC4) which currently has over 700 members and has led the development and successful funding applications for several new multidisciplinary collaborative trials. He is the Australian international partner on the Cancer Research UK funded CanTest Collaborative.